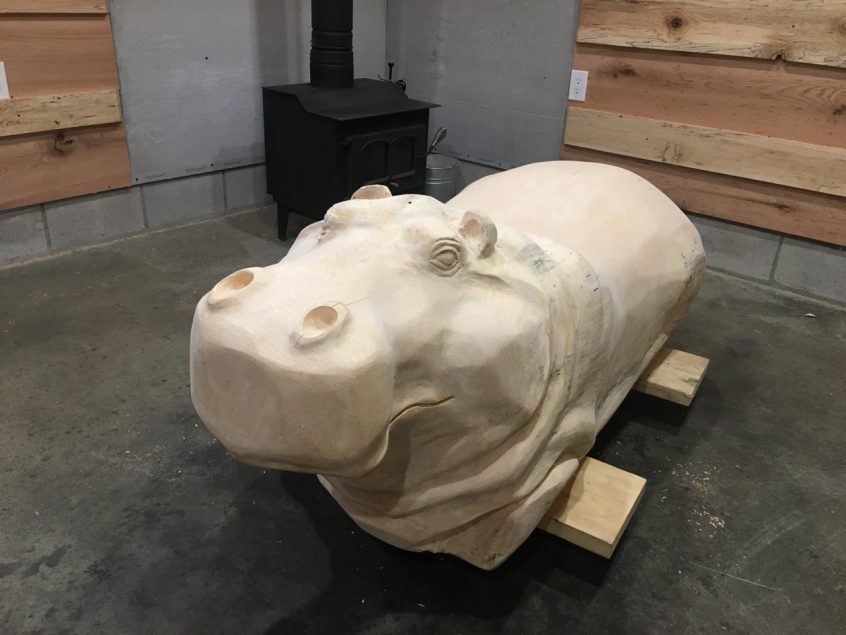 I was approached in the fall to make a very unique piece for a Christmas gift.  I decided to take it on as it was something very different then anything I had done in the past.  I was given this first picture of a Hippo with a piece of glass and its head to small of its back on top of the glass, so the glass is the “water”.  Cool!  Dan I need a huge log for this.  Lucky for me the client has access to a massive amount of wood so he was able to supply me with a great big log.  I believe it was around 32″ at the small end and 41″ at the large butt end.   I only used 5′ of the small end for the massive hippo carving.  It still prob weighted 800-1,000 lbs, maxing put my little tractor but I did manage to get it right to my shop.  I chainsaw milled the bottom flat, then struggled and got it in the shop, where it sat for a week or so to thaw out.  After some drawing, and a lot of nerves, I started working away on the head of the hippo.  There was zero room for any over cuts as the piece was to be a smooth finish and an over cut would stick out like a sore thumb.  Slowly I removed more and more material and it began to look like a hippo.  I had to get creative with this one to move it around, as its still very heavy, so a floor jack and some timbers were used to jack it up to a better working height, then I used snow mobile dolly’s to move and spin it.  Tons of sanding, lots of shaping and voila, a big chainsaw carved hippo water table!  The next part was a little scary.  Taking it out of my shop, loading it up and bringing it to a band saw mill so we could get a nice perfect cut through it so the glass “water” can be placed on.  It JUST fit, like a quarter inch wider and it would not have fit through the mill.  The hippo carvings head and small of back now separate pieces, the client took the product in this state as he was unsure how his daughter wanted the finishing done, stain, natural, etc.  I have yet to get pictures of it with the glass on the hippo but I will shortly.

This was a really neat project, and I can see future water tables being created in the future, but maybe something other then a hippo. 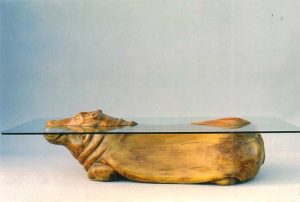 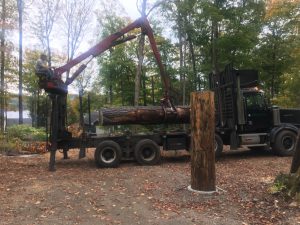 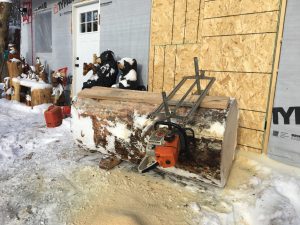 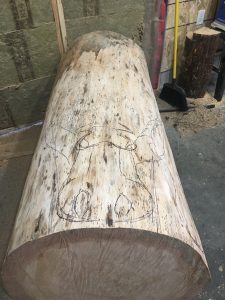 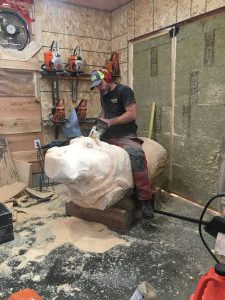 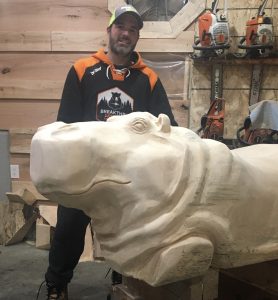 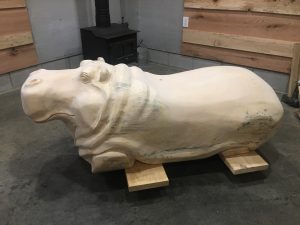 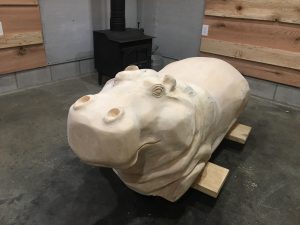 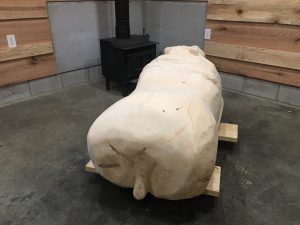 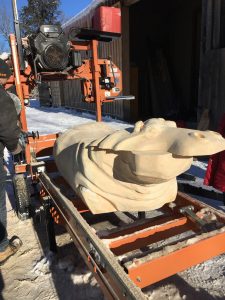 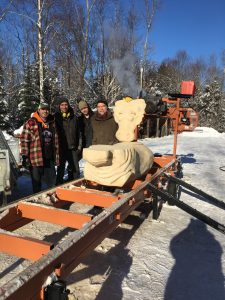